The Color of the Year Thing-again! 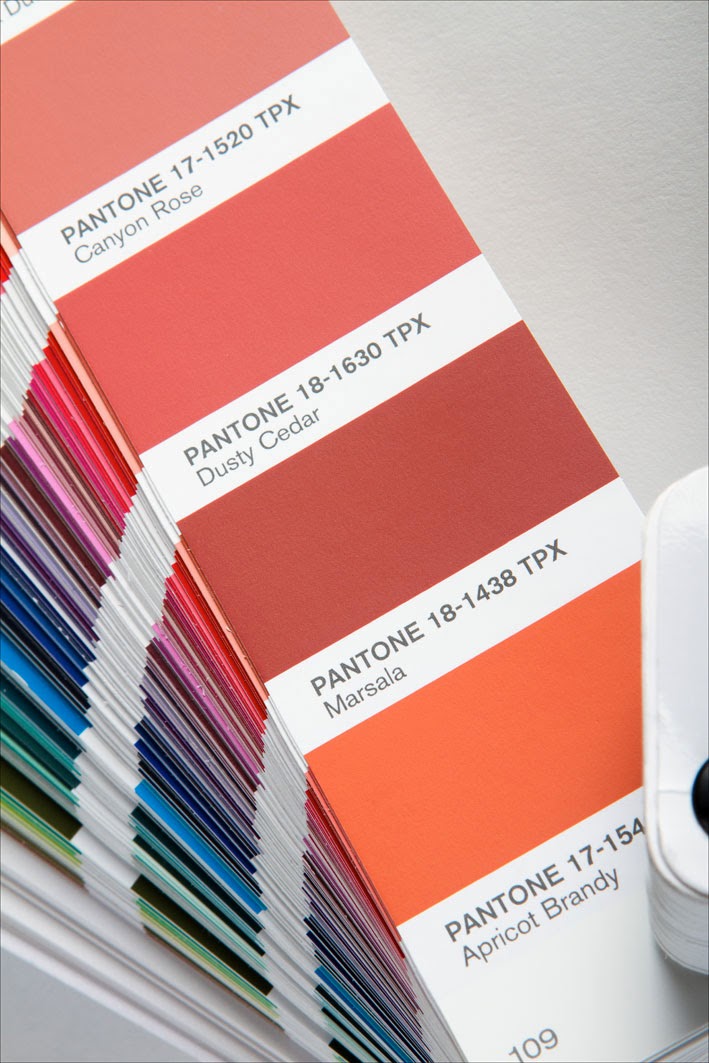 The Pantone Company has issued its 2015  'color of the year' decree. Usually bloggers go into rhapsodies about Pantone's choices but this is one post that reserves the right to be, hmmm, rather less than ecstatic. The shade is #18-1438 and is called Marsala. It's a red-brown and Pantone's press release crows, " A naturally robust and earthy wine red, Marsala enriches our minds, bodies, and souls." That's a lot to ask from a paint chip much less wine! 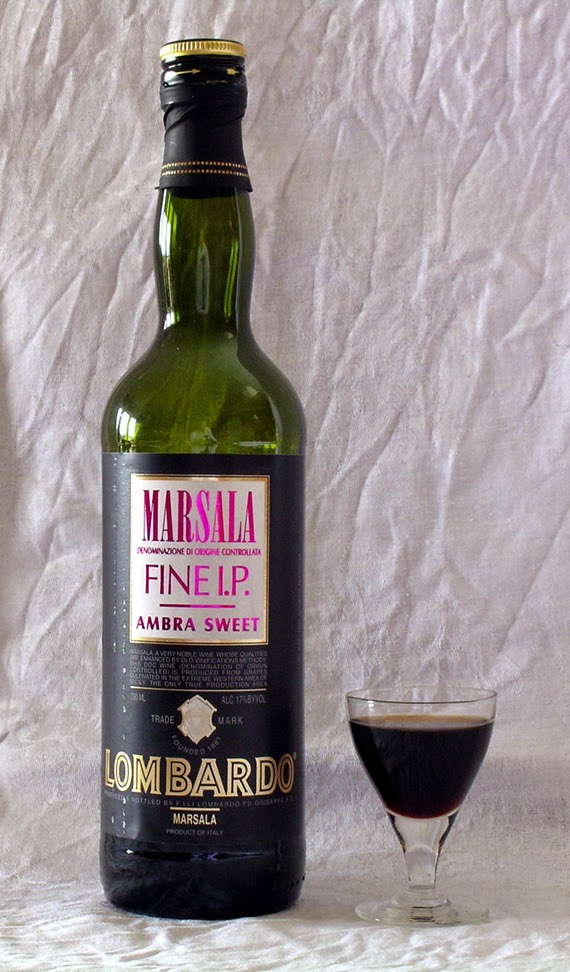 Just what is marsala? It's a fortified (means extra alcohol is added) wine from around the Marsala region of Sicily. It's sweet and strong and often used in cooking.When marasla wine is seen through glass, as in just-poured for your consumption, yes, its color is a rich dark red. But translate that color to my favorite medium--fabric, in particular cotton fabric, and the result, as seen in Pantone's own marketing pictures, can be a flat slightly greyed red-brown. Like liver. Oh dear. But on the positive side, I understand that Marsala is another addition to the Taupe family, that wide-ranging family of greyed shades so loved by Japanese quilters and now gaining popularity everywhere. 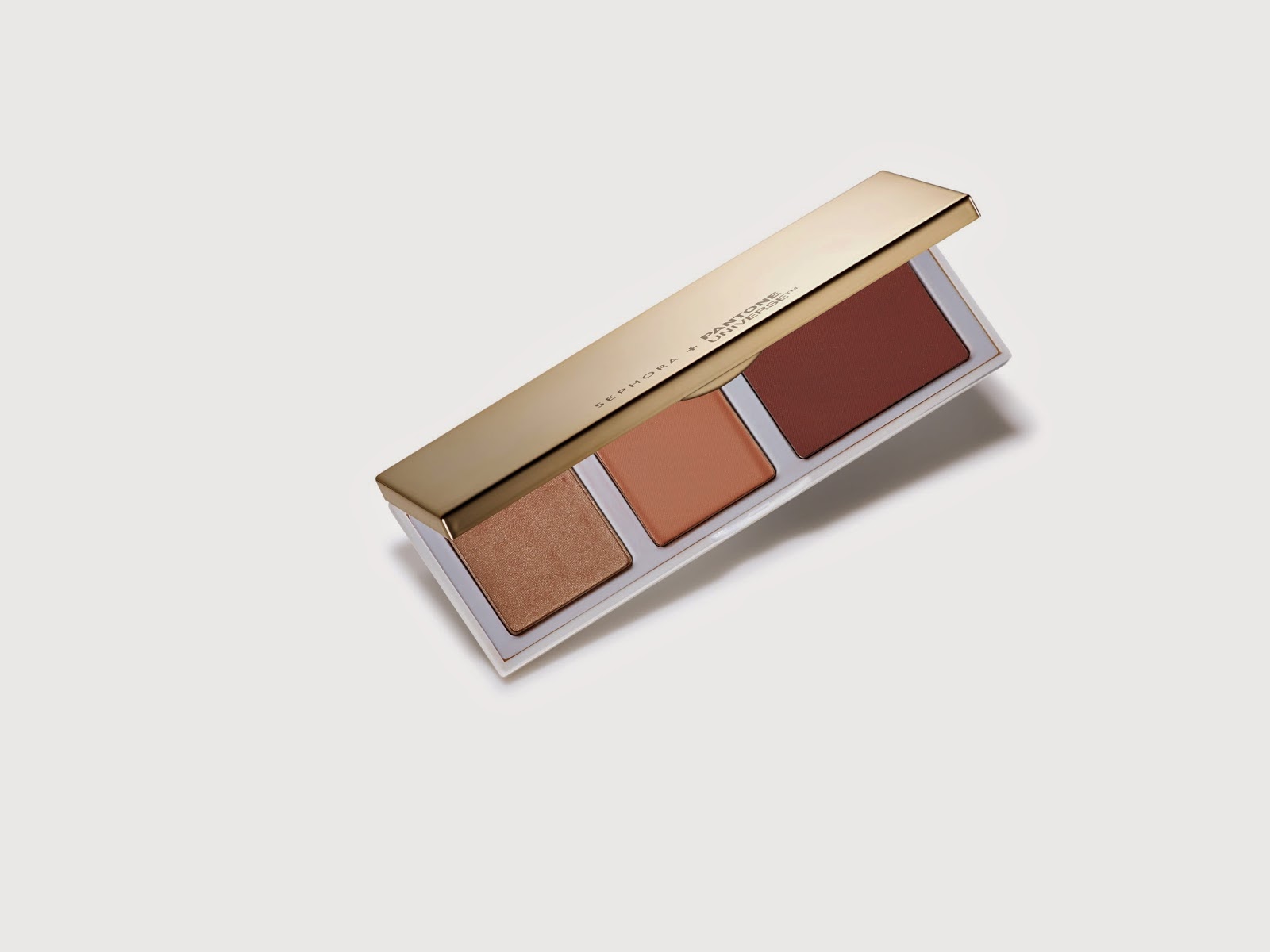 The make-up bloggers love Marsala. Of course--it's exactly a popular shade of blush. Trendoids who change their wardrobe might like it. Ever since they've been mining mid-century fashion for inspiration, colors of the wartorn 1940s and the flat 1950s have been revived. Some still live on, as in, greys are here to stay. But this Marsala looks like a slightly darker mother of Ashes of Roses, a strange post-war pink-brown-grey that lived a long life particularly in almost indestructible nylon upholstery.

Brown-eyed blonds have a chance and even chestnut-haired girls. My favorite character from The Big Bang Theory (Kaley Cuoco) wore the darkest version of marsala at a 2013 awards show, But plain old brunettes and gasp! salt-n-pepper hair--not a chance. Marsala does look good as part of an ensemble of neutrals and maybe that's what the fashionistas were after: expanding the neutral palette.

But as a quilter (and that's my main interest since there's nothing Marsala on the rack at my local department store) I think Marsala has already come around. As in, we quilters knew it, it's already available and we've been using it. I do wish Pantone would catch up to the world of patchwork! 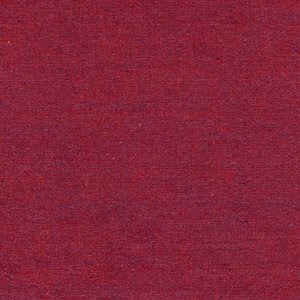 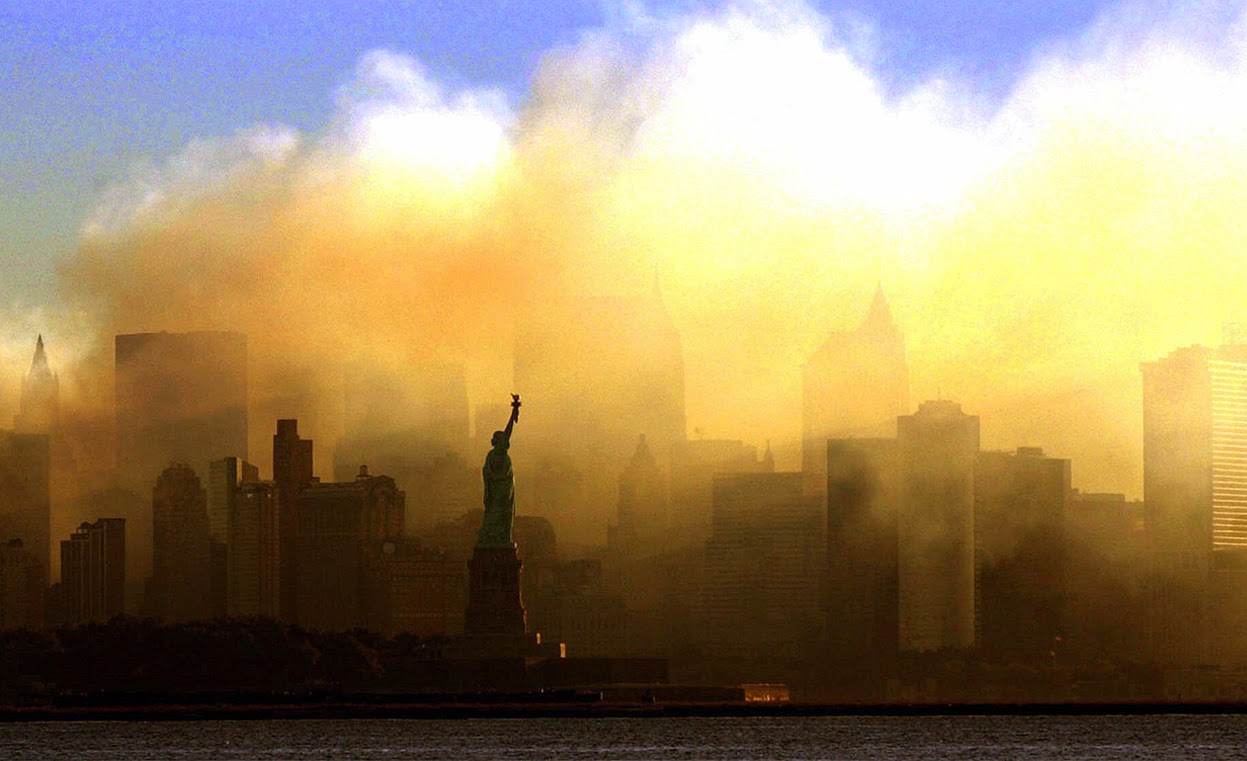 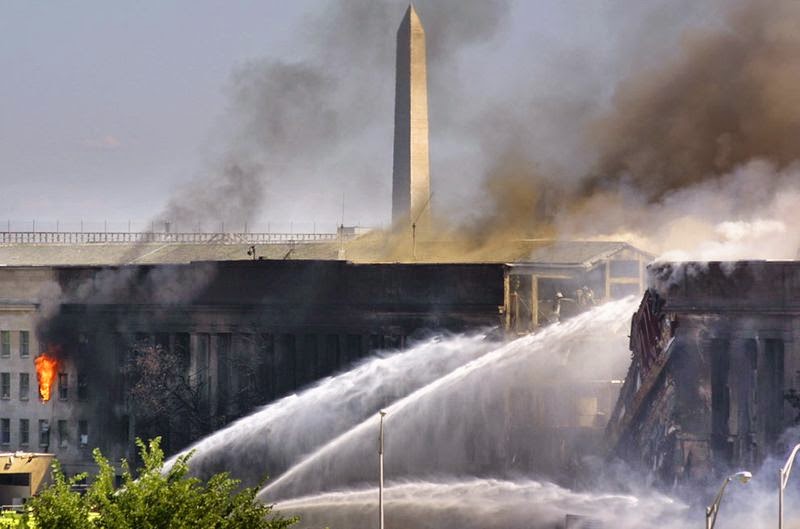 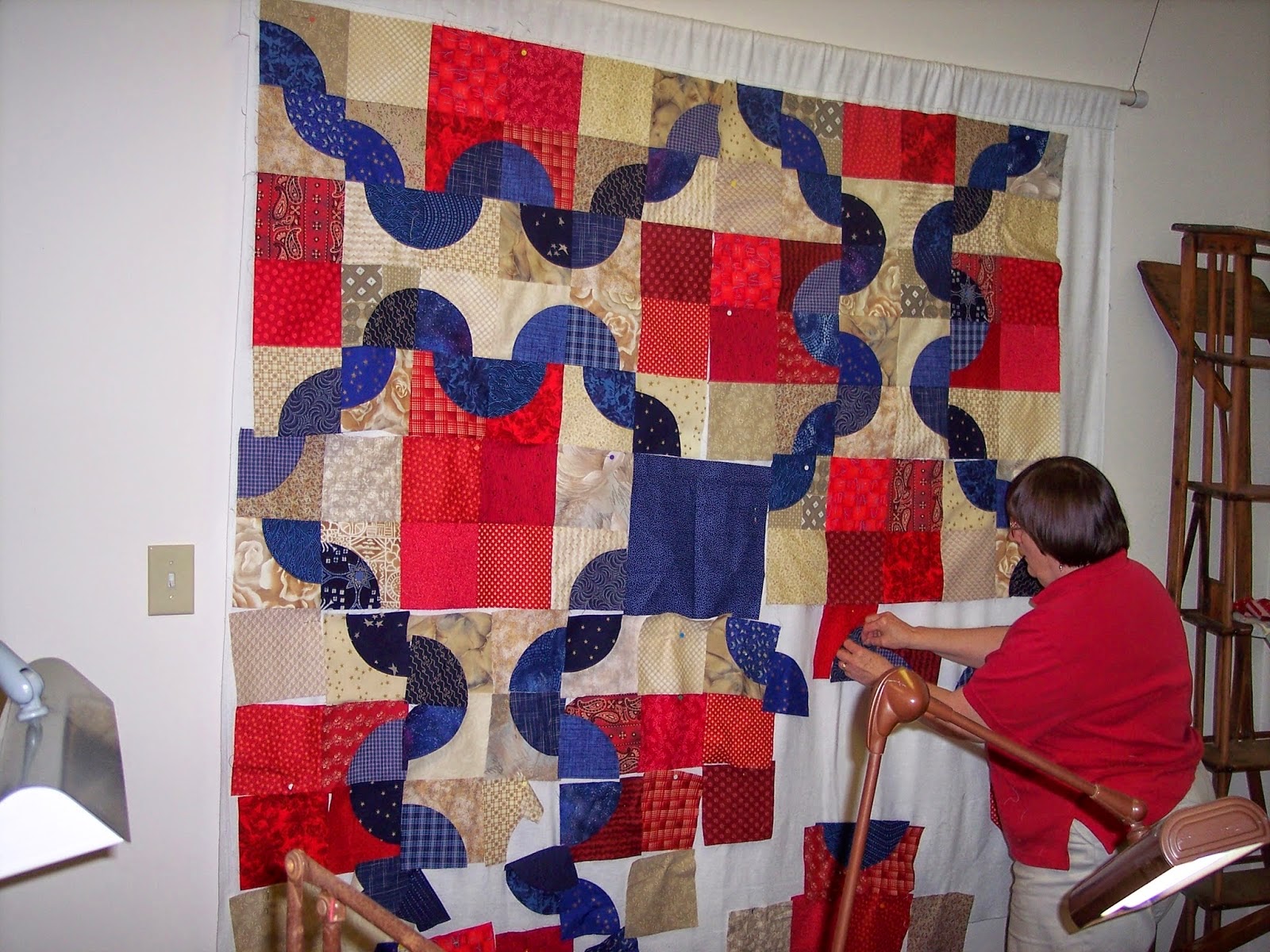 It seems that I'll never get away from making variations of the Drunkard's Path quilt pattern. Ever since, as a young quilter, I vowed I'd never need to conquer curved piecing
*never say never*
I have remained perversely attracted to the bisected-circle pattern. I thought perhaps I'd gotten it out of my system when I wrote a book about Drunkard's Path 20+ years ago. The book was Happy Trails subtitled Variations on the Classic Drunkard's Path Pattern. C&T Publishing, bless them, did two print runs of the original and then I bought the rights to the book back. And promptly turned around and sold the rights to the book to Dover Publishing. Whereupon Dover revamped the cover and came out with 65 Drunkard's Path Quilt Variations. The same book but a different cover. "Vintage" copies of both of these come up frequently on line at Aamazon and Ebay. Dover went through their supply and decided not to re-publish two years ago. And then a couple of months ago, I got an email from Dover--65 Drunkard's Path Quilt Variations was back in print! And can be yours again for $11.95.

In the meantime, the Drunkard's Path pattern still exerted a huge influence on my work and I have a notebook filled with more and as yet unsewn DP variations. But what was most exciting is that I saw that the basic unit of the Drunkard's Path pattern--a quarter-circle and its wing-shaped remainder within a square--could be used to good effect when combined with other quilt patterns entirely. Oh boy. 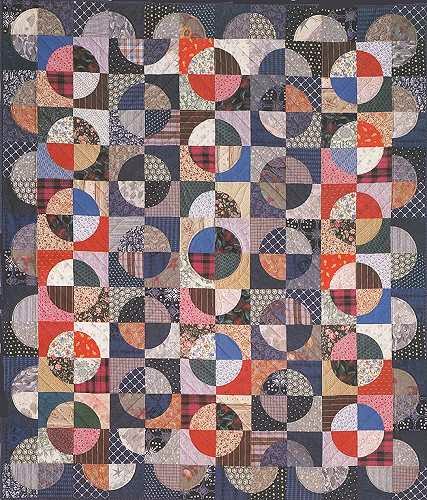 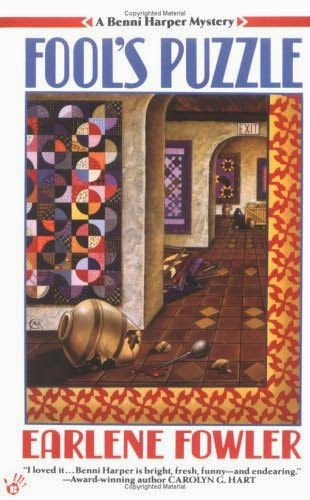 Eclipse, the scrap quilt from the center of the original book, still gets fan mail.

The same quilt was used as inspiration for Earlene Fowler's first book in her Bennie Harper quilt mystery series called Fool's Puzzle. The artist's rendition of Eclipse is on the left in back of the broken jar. More recently, a Drunkard's Path variation called The Road Home became the symbol of Elaine Gray Dumler's book of the same name about the challenges military

families face when their loved ones come home from deployment.


That subject is near and dear to my heart so I designed and with friends' help (Mary Henris and Mary Frankle) made a Road Home quilt. Here's the quilt in pieces up on the design wall with Mary Henris 'auditioning' fabrics. 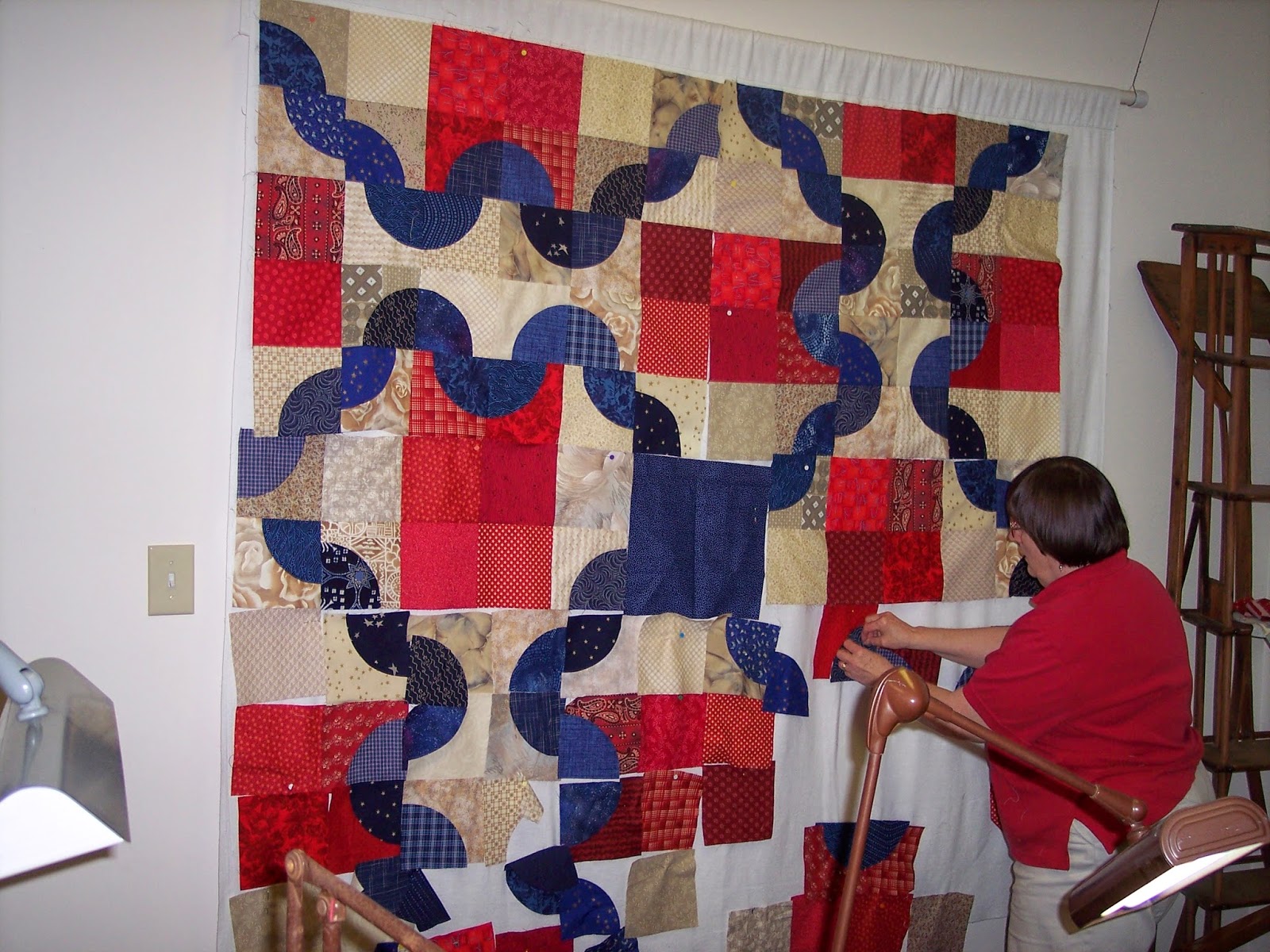 The quilt grew and got a lovely center as Elaine sent me a photo of
of a poignant homecoming of an Air Force pilot and his family. 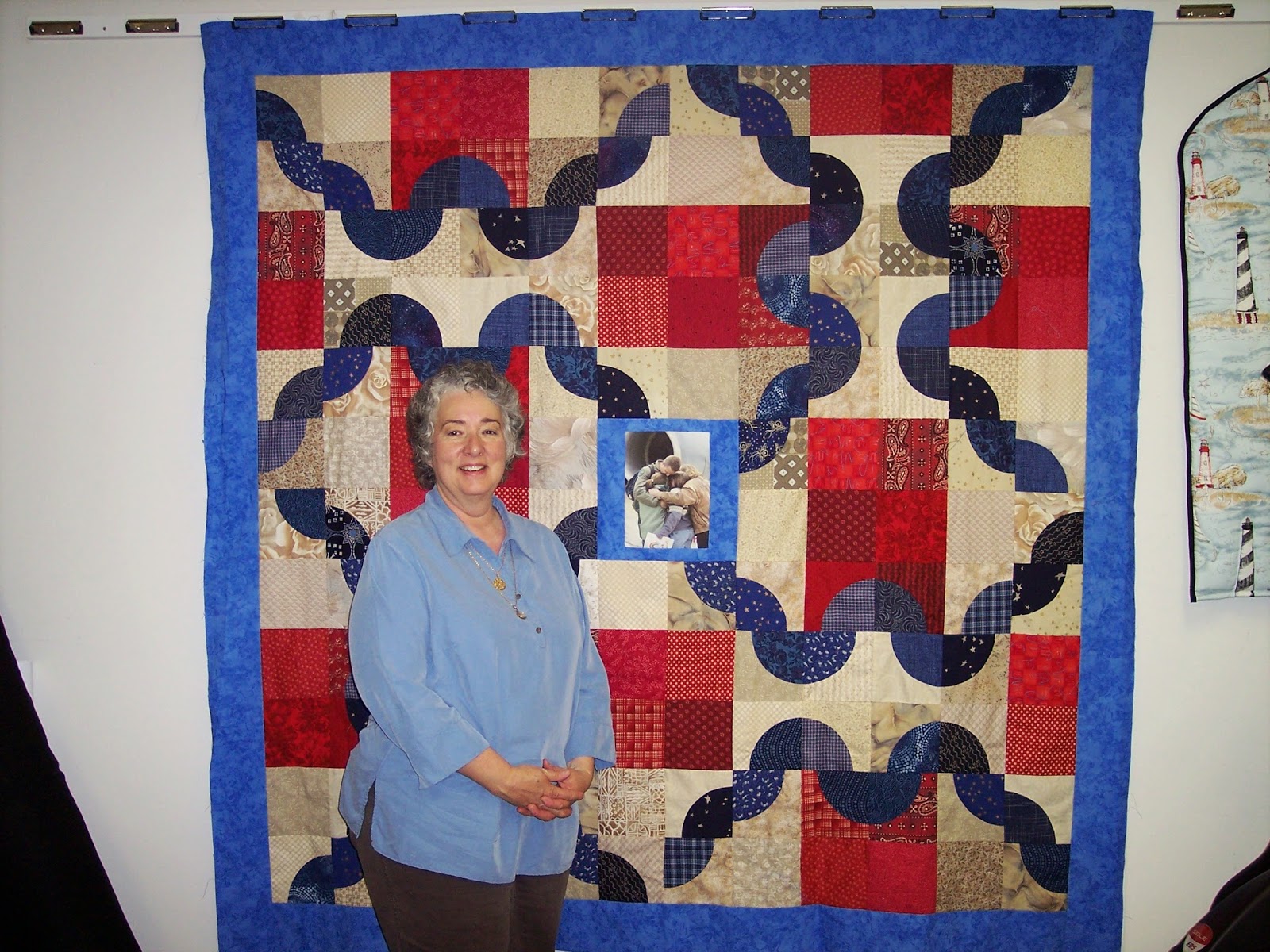 The quilt top is shown here lower right still unquilted but believe me, the quilt is done! You can still download the pattern and the directions from my website here Road Home . 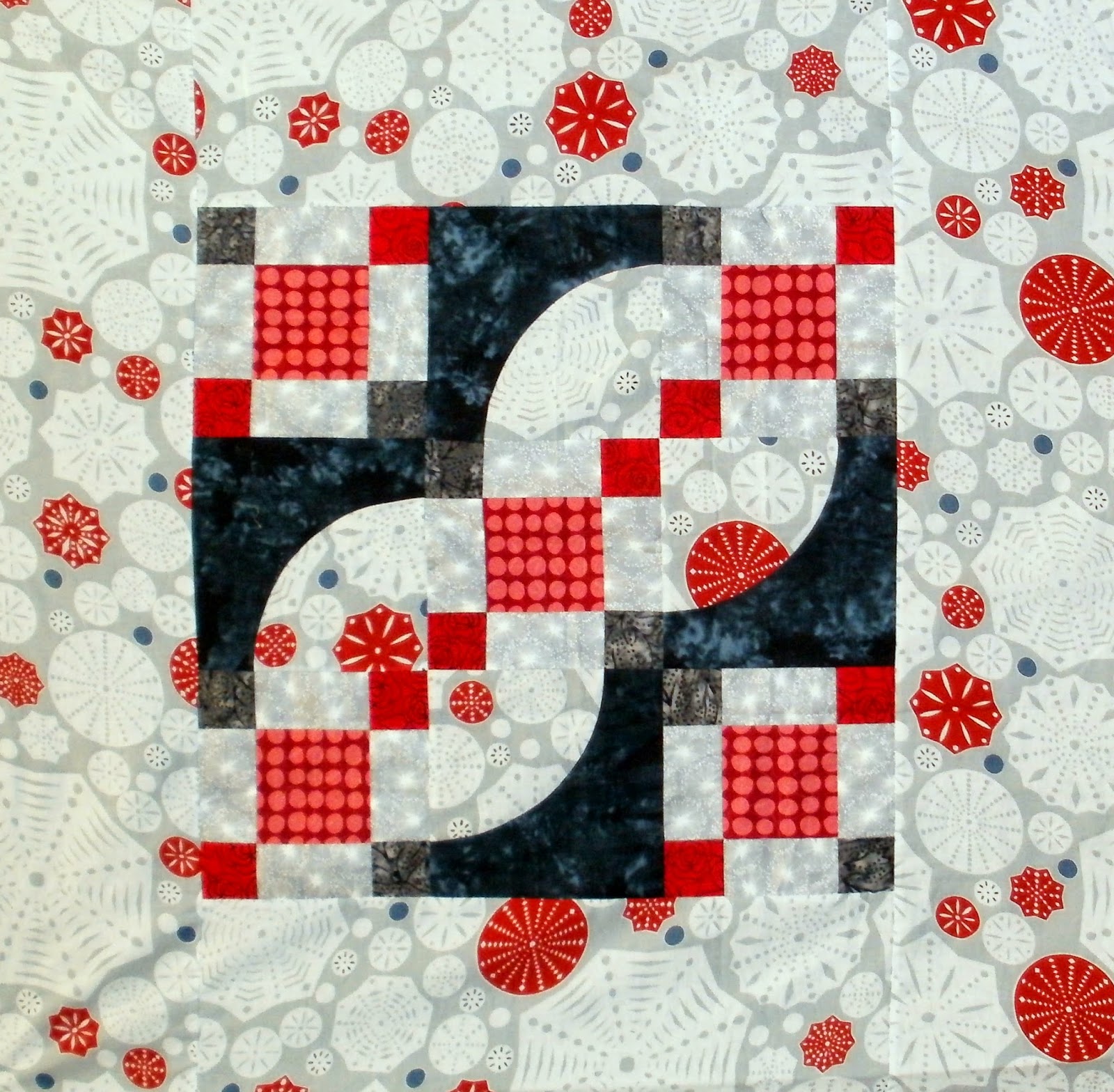 What's up with Drunkard's Path today? The pattern still evolves. A pillowcase from Ikea bought at a Denver Goodwill store yielded exactly the right fabric to showcase the Drunkard's Path as a bridge to other blocks. 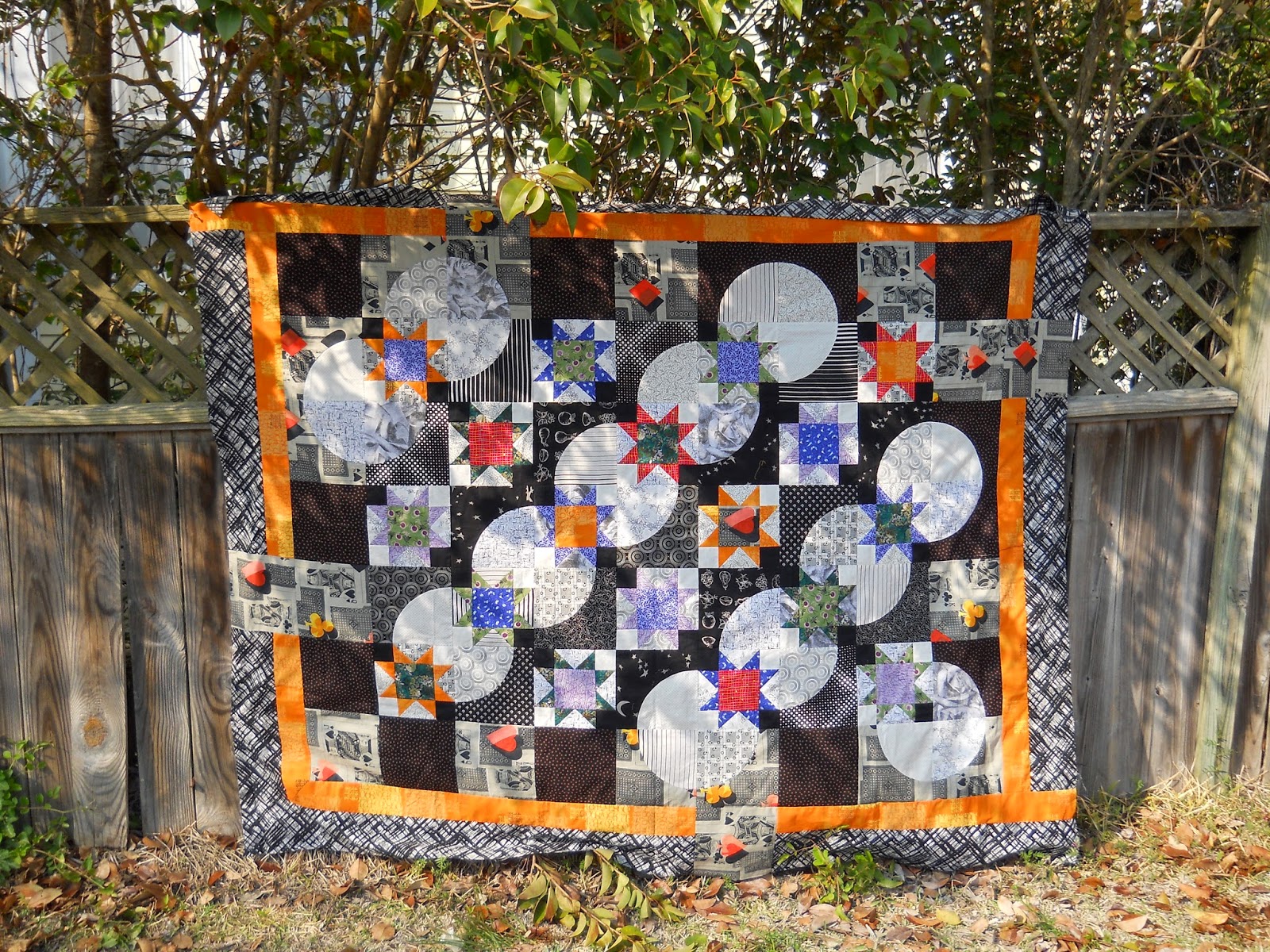 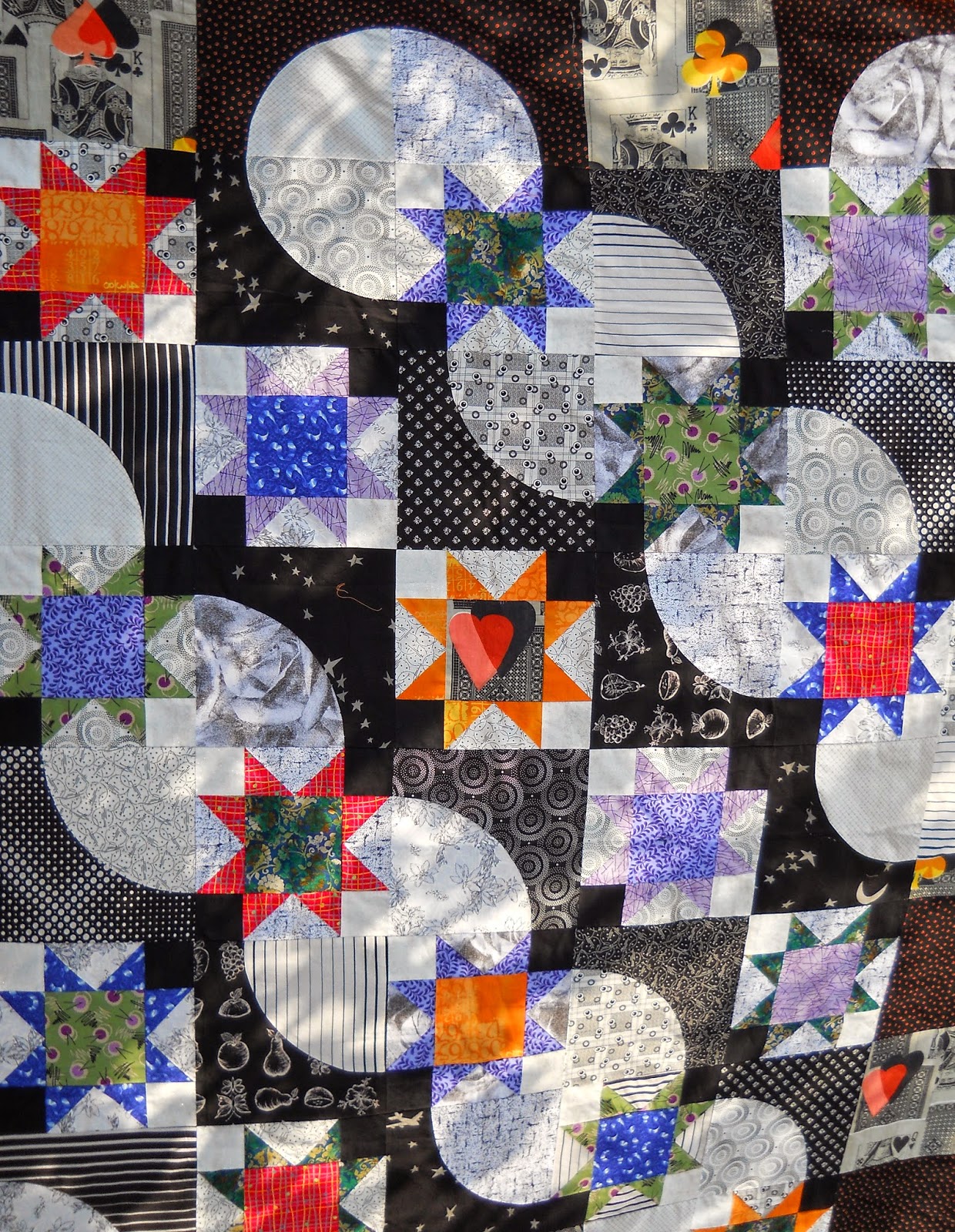 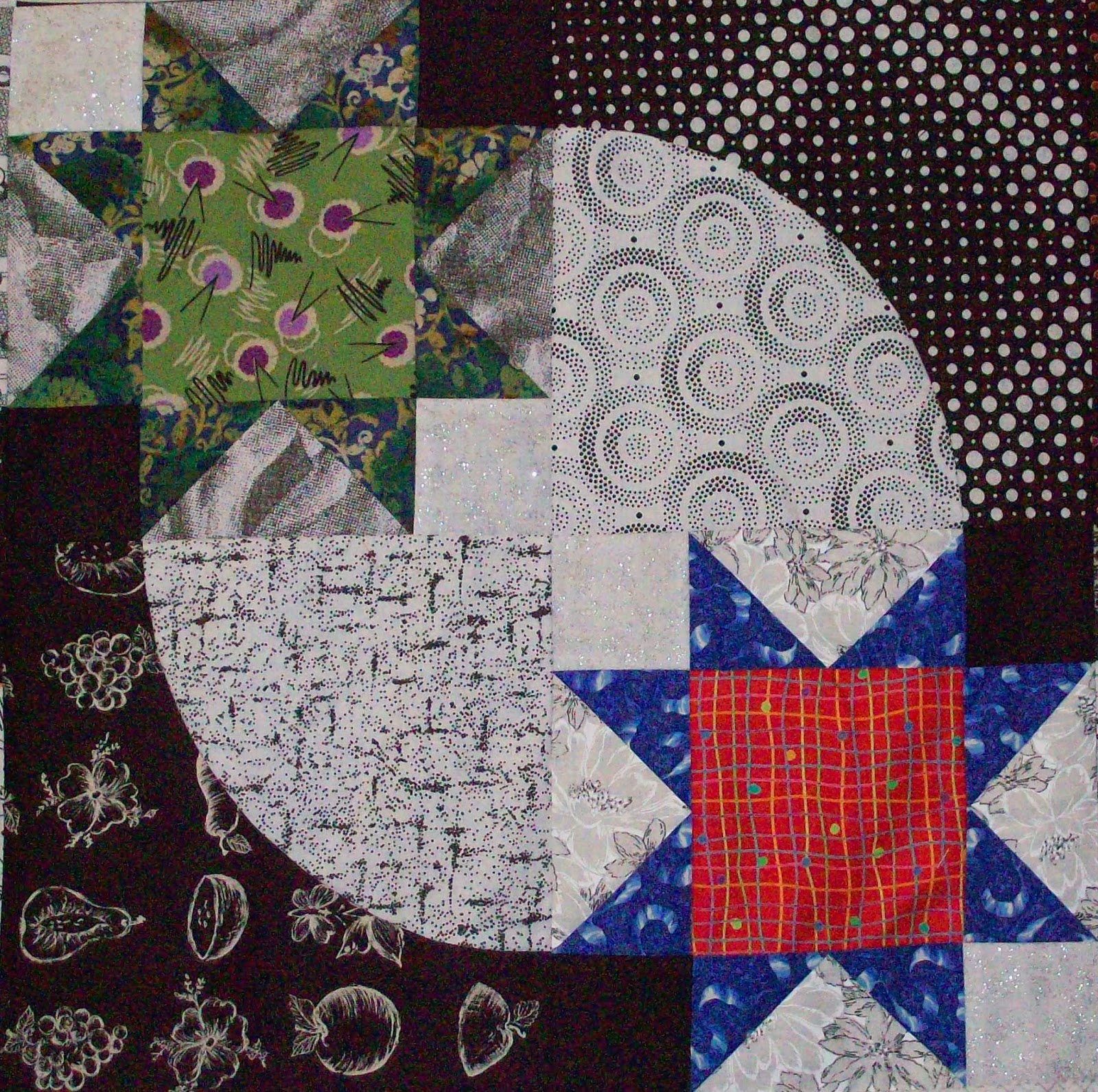 Here's a close-up of the Star+Drunkard's Path unit. And another of the card fabric (right).

Obviously I can't stop making this pattern. And neither can my students. 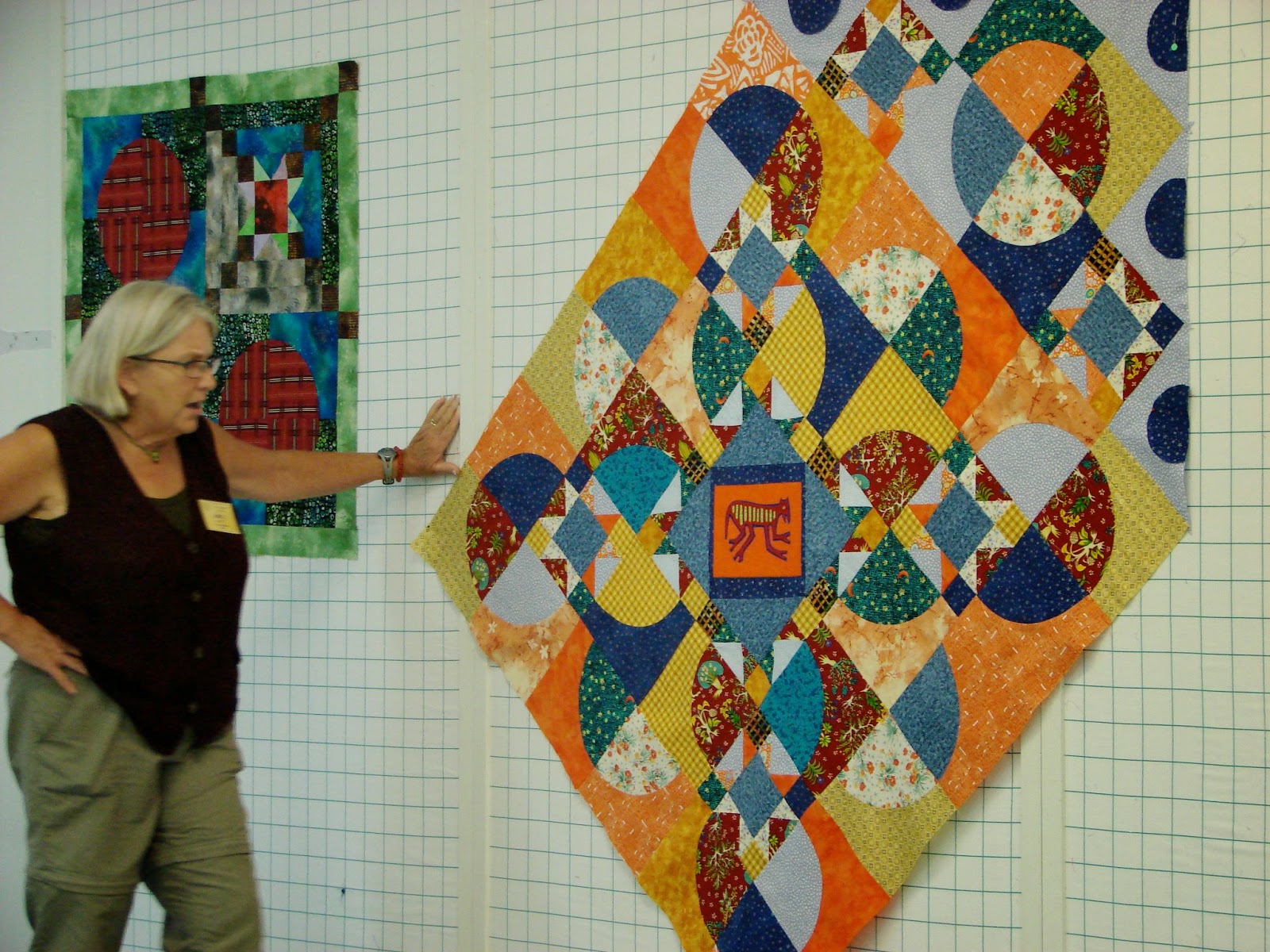 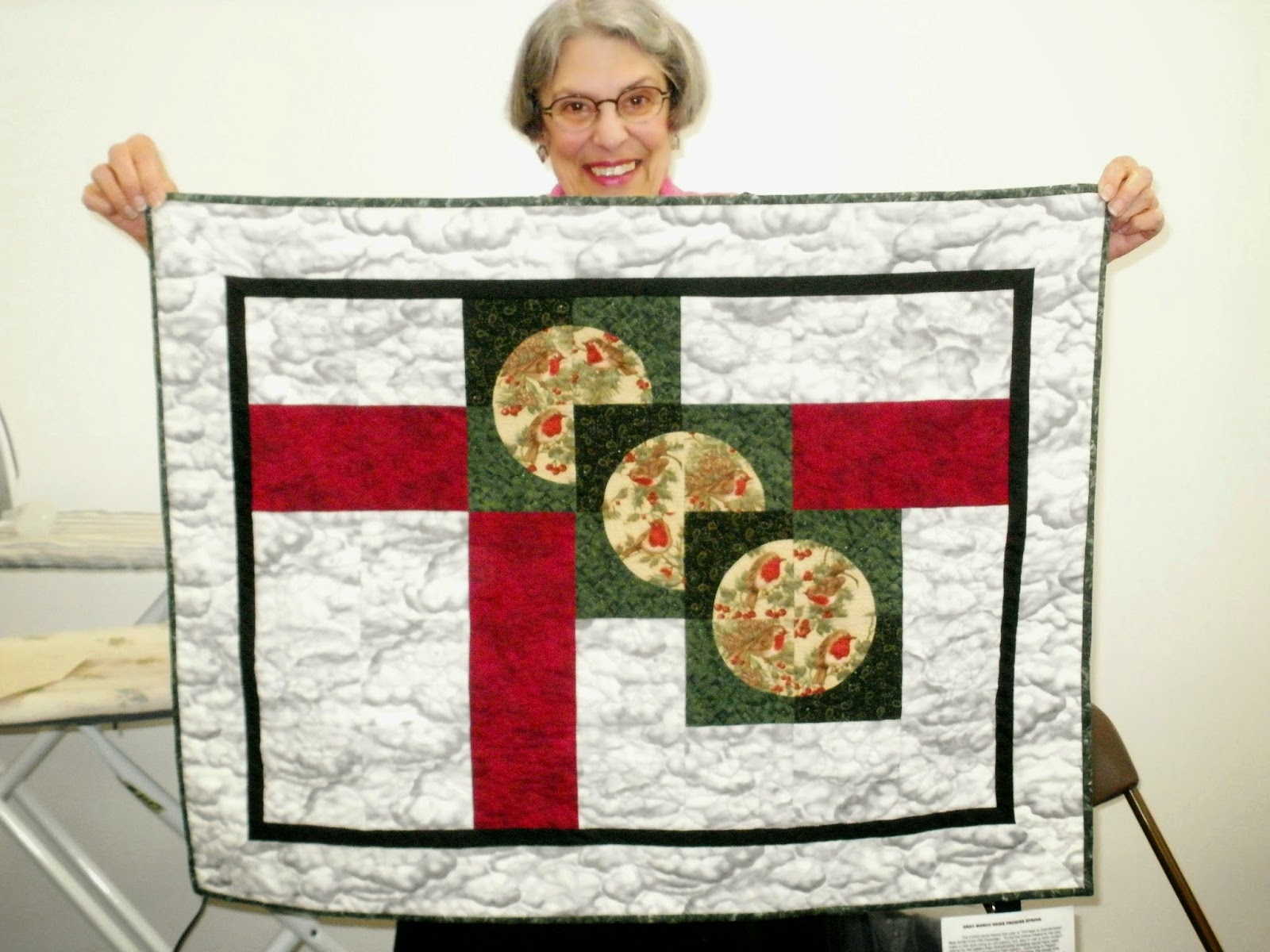 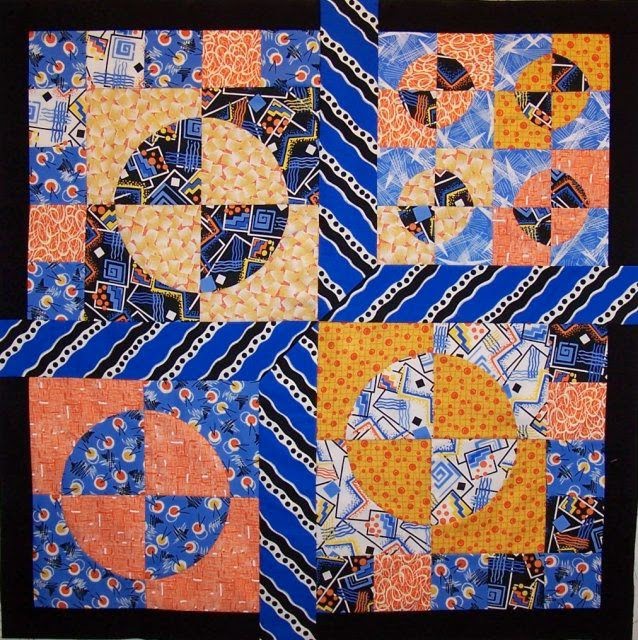 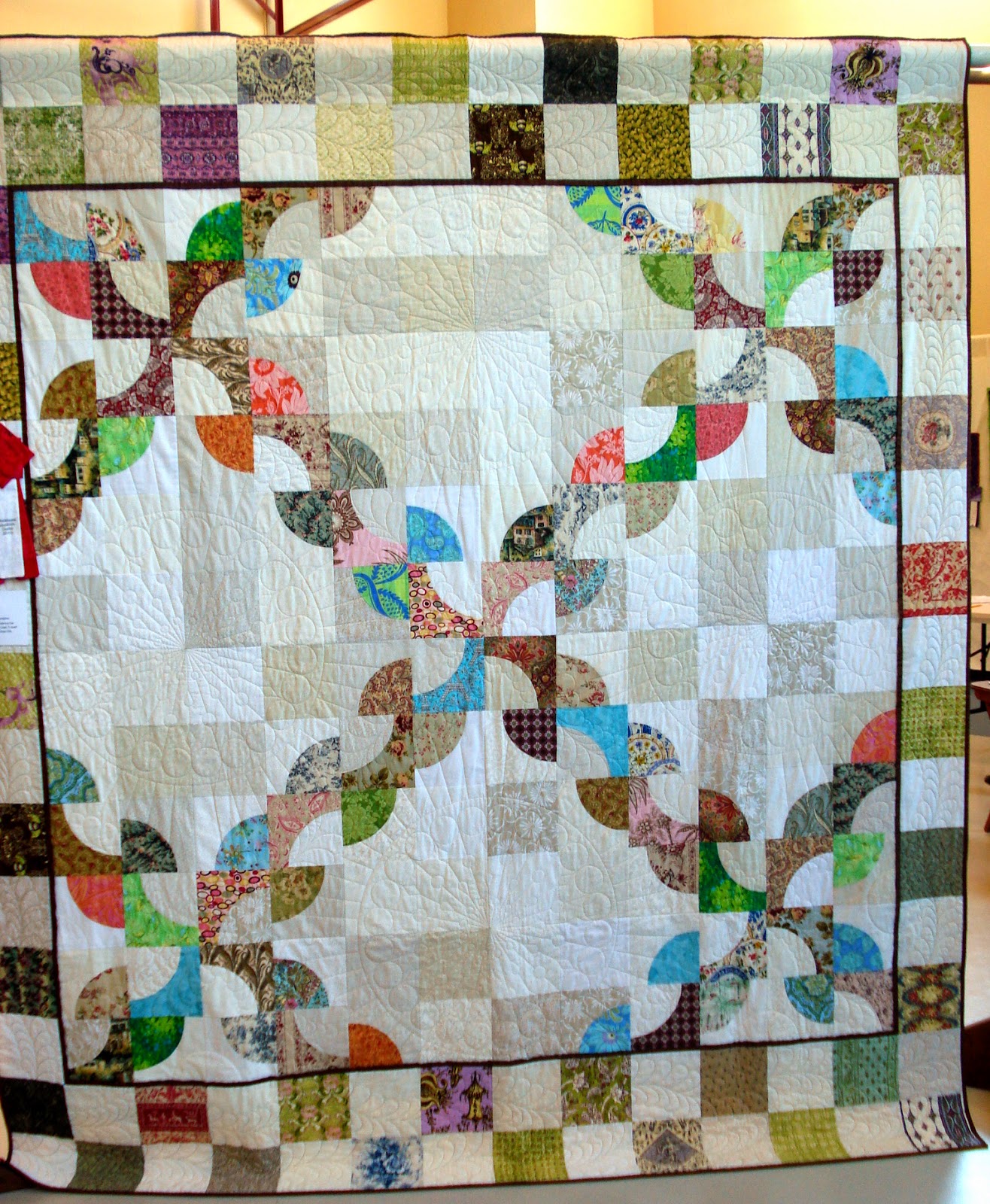