October has always been an active and emotional month for me. I am working away on samples and speeches and classes for the biggest quilting event of the year--the International Quilt Market (trade show) followed by the International Quilt Festival in Houston, TX.  The Market-Festival marathon takes place in the last week of the month. Just in case you're a civilian (non-quilter) reading this and thinking, "Huh? Quilt show? Big deal!", this is the event where Houston grows by 45,000 in a week as needlework enthusiasts converge from all over the planet. It is a Very Big Deal. 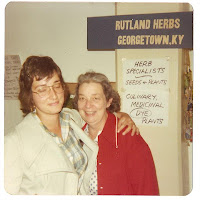 This year on the 16th also marks the 10th anniversary of my mother's death. That one threw me for a long time because it was so unexpected. I don't even know how to talk about her death other than to realize my attitude all month may indeed be influenced, in some boomerang effect, by that milestone event. Then as I was clearing out computer files, I came across an epitaph I'd written for Sheba, our grey tabby cat, who passed away one October. Tears.What brought on all the melancholy?

I think it might be fear. Tomorrow I take Joey, my Siamese-mix kitten, to the vet to get fixed. Like my friend Kat Taylor, I call it 'tutored' after the Larsen cartoon. Joey's been sneezing off and on and being an uber-anxious pet-parent, I've hauled him in twice for examination. They are getting tired of seeing me. Conclusion: Joey, being the food hoover he is, has snuffled up every dust bunny, crumb of food, basically anything on the floor ever since he came to live with us. Yesterday I caught him trying to eat the lint in the dryer screen. The vet thinks his sneezing might be the result of his indiscriminate noshing. He will probably come through the operation just fine. But fear is there.

So I'm posting Sheba's epitaph here and then will delete it from the computer. Sometimes I wish it was that easy to delete memories but the ability to relive and remember is at the heart of our humanness.

Epitaph for a Loved Cat

About fourteen years ago our old bruiser of an alley cat, name of Mikey, brought home his own ‘pet,’ a small gray and white patched female kitten. We were sitting on the back steps and here he came strolling up the walk from the garage and this kitten following after. About half-way down the walk, Mikey sat down and the kitten came around to him and snuggled between his front paws and they looked at us. That’s how Mikey introduced us to his charge and after that, the two cats were great buddies. They slept together, rolled into one large furry doughnut, and the kitten, who grew into a large handsome gray tabby with white boots, we named , as in ‘the queen of.’

was a wild child. She loved climbing your pants to get your attention, ate every meal like it would be her last, and never allowed us to pick her up or snuggle with her. Perhaps she never got over being a stray kitten. But first and foremost she was Mikey’s best friend. When Mikey died, was distraught. She searched for him for months and sat in the back bedroom window watching the yard, as if he might come strolling up the walk. Eventually she transferred her affections to Rod. She listened for the sound of his car and greeted him at the door. In time she even greeted me but men—Rod, her mentor Mikey, male friends and even visiting tom cats—were the primary objects of her affection. Her favorite thing was to greet Rod by standing on the table as he sat in a chair. She’d carefully lick his head, rearranging his hair into swirls and tufts. If he didn’t allow her to “groom” him, she got very anxious and made little meeping cries until he sat still for his beauty treatment.

was dumb as a rock about the dangers of the outdoors. If she broke free from the porch, she ran immediately to the street to lay down and roll on the warm asphalt so Rod devised a string harness with lightweight aluminum clips. When wanted to go out, she stood at attention at the door and we clipped her into her harness and let her out, secure in the knowledge that the heavy weight at the other end would keep her from straying too far. She was an expert at getting tangled around any object in the yard and would lay down in resignation and meow piteously for us to come and free her.

Occasionally, on cold nights, would jump in your lap and then lay down on your chest. As she became older and achieved her lifetime heft of 15 lbs. this maneuver could take your breath away, literally. She usually bedded down with Rod, first on his bed and then on a nest he made for her out of his old sweater on an upended box. In the summer she preferred the side porch and often stayed out there all night, communing, we suppose, with the nighttime creatures and other cats wandering through the yard.

She had slowed down this past year and we thought it was age and rheumatism but when she stopped eating, we knew something was seriously wrong. An x-ray revealed that she had a tumor around the heart, not something medicine could do a lot about. We mutually decided to spare her more pain and have her put to sleep and asked Dr. Roxanne to come to our house to give the injection.

was very weak and hadn’t eaten in two days. She lay sprawled out on the porch table and we sat on either side. It was deep dusk and the little Christmas lights were on and an oil lamp on the table provided more light. Dr. Roxanne arrived, driving a big truck, with her dogs beside her on the front seat. She came up on the porch and talked quietly to us, and then gave a shot. We heard an owl hooting in the backyard. Almost immediately quieted since the injection was a sedative and painkiller. She laid down, curled up one paw, and laid her head on it, and closed her eyes. We petted her and talked to her. After checking her pulse, the vet shaved a tiny patch on ’s front paw and gave the final injection. It was over in less than a minute. Dr. Roxanne packed her bag and left and her dogs, who had stayed in her truck, never yipped the whole time. We sat there, our hands on ’s soft fur, and cried. The owl stopped hooting and flew away. It was now completely dark. I said to Rod, “Did you know the ancient Romans believed that owls carried the souls of the dead to heaven?” And he said, “Then I guess she’s gone to be with Mikey.”

Pepper: Thank you for sharing about Sheba. No matter how long they live it is always too short. I recently lost my calico cat at age 15 and I miss her every day.

I will keep good thoughts for Joey.

As much heartache as we suffer when we lose them, I can't imagine not having animals in my life. It sounds like you and Rod feel the same way.

You are in my thoughts and prayers.

Cats sure have a way of winding themselves completely around our hearts. I've had 2 that I had to give up; one tragically (my beautiful Siamese "Bing" killed by our neighbor's Rottweiler) and my sweet Calico "Angel" who, like Sheba had tumors.
Presently, our house is blessed with our beautiful Himalayan "Max" who I named after the movie The Gladiator. He definitely lives up to his name by keeping all the neighborhood dogs and cats run off. I know the day will come when I will have to say goodbye to him and I'm trying desperately not to become attached...but how can you help it?
Thank you for sharing with us about Joey and Sheba. They are not gone for they live in your hearts forever. Aren't we so blessed to have our furry friends even if its just for a while?

I also had a cat named Sheba who lived to 19 years. When she broke her leg, the vet determined that at her age and bad heart she wouldn't stand an operation, so he gave me time to bid her goodbye, and as the drug went through her vein, she lifted her paw and touched my face wet with tears. I still miss her. I have always had cats, without them I won't be able to cope with the stress of work.

always heartbreaking to lose a beloved friend. I still mourn my beloved Pokey. The two new kittens sneeze and wheeze - Doctor suspects feline herpes virus. nothing they can do about it. otherwise, very healthy rambunctious critters.

Such a beautiful story about a treasured companion. Karmen

Thanks so much for sharing your story of Sheba. The older I get the more heartache comes from losing a beloved pet. Yet I still have the need to have them in my life no matter how short the time allowed.
I am so glad she was able to "go" from home. I wish our vet made those house calls.
Much love and tears from Indiana.
XOXOXO Subee