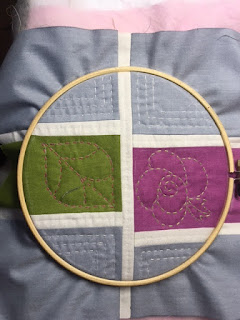 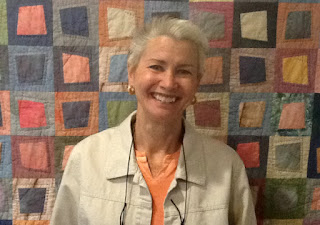 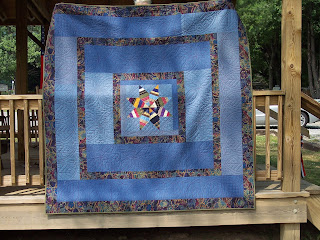 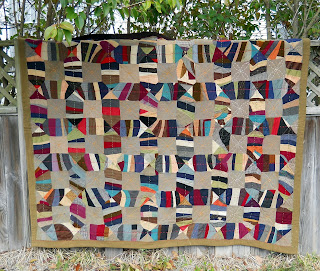 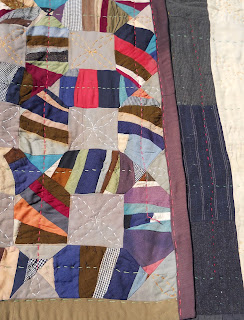 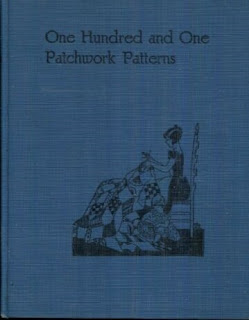 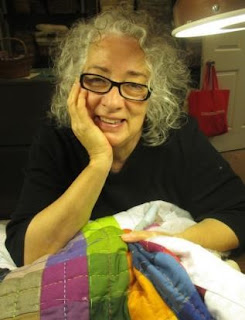 Thank you! Looking forward to the follow-up article.

Thanks for the info. I love doing a mix of quilting styles. Seems the quilt tells me what to do.

I am so glad to see these current discussions about big stitch quilting, which we taught in my shop in the late 1990s and which I personally began as an antidote to arthritis problems with holding the tiny between needles. From the beginning, I used contrasting colors of thread, be it perle cotton, Sulky Cotty, crochet thread, or leftover candle wicking thread, and made the designs part of the overall design of my quilts. I somehow never thought big stitch quilting was "just utility quilting" - done by poor/unskilled/didn't-know-better/didn't-care quilters - on lesser quality quilts. I just knew in my heart that women are creative with their hands and make "art" in all forms to not only care for their families but to express and nurture themselves. It's lovely to learn about other forms of big stitch history and I'll share it on my facebook big stitch groups. Thanks for your post; can't wait 'til the next installment. :)

A few years ago, my grandson requested black and white for his "Big Boy" quilt. It was my first experience to try big stitch using black thread in the white areas and white in the black. Here in Japan, where smaller is better when it comes to stitches, I was quite pleased with the results which never could have been obtained with fine tiny stitches. I'm looking forward to your next post.

I took a class from Judy Hopkins at Empty Spools in 1993, and she showed us “utility quilting” with big stitches, and other techniques such as tacking with crowfooting. I’ve made several quilts using crowfooting. Dot

Thanks for the history lesson!

Speaking about quilt shows, I was thrilled and surprised when my big stitched quilt I created for the Cherrywood Fabrics Van Gogh Challenge was given the Best Hand Quilting award at my local 2019 Broward Quilt Expo in Fort Lauderdale Florida. Charlotte Noll #charlottenollquilts

Pepper after over 30 years of machine quilting I've switched to big stitch quilting everything now. It's so relaxing and no stress of getting a big quilt through the sewing machine. I have a large work table and support the weight of the quilt on it as I'm stitching. I only use your Big Stitch Quilting needles. They are super strong and sharp with just the right size eye so the thread doesn't always fall out. The different sizes in the pack are perfect for all types of fabrics from cotton, wool and denim including quilts with a million close seams(which I'm quilting now)! I recommend them to everyone. Thank you for a great product and looking forward to your part 2 article. Charlotte Noll #charlottenollquilts

thank you Pepper for sharing the beginnings of Big Stitch quilt work.

I think you have written this content very thoughtfully, and it is great that every person has some skill in life and you also have a skill, using which you write a beautiful post. I am very happy to see your post, hope you will keep writing such posts in life. you are the best post writer. College Girl Gurugram
newly married Girls Bhiwadi
VIP girl mahipalpur
gurugram girl number
college girl aerocity
Gurugram Girl Phone Number
Cheap price girls gurgaon
low price girls sector 29
gurugram Girl phone number

Great history. I enjoyed reading it and look forward to the next segment. My first experience with larger hand stitches was with your class in Sashiko. From that zen experience, I am now embracing large stitching.